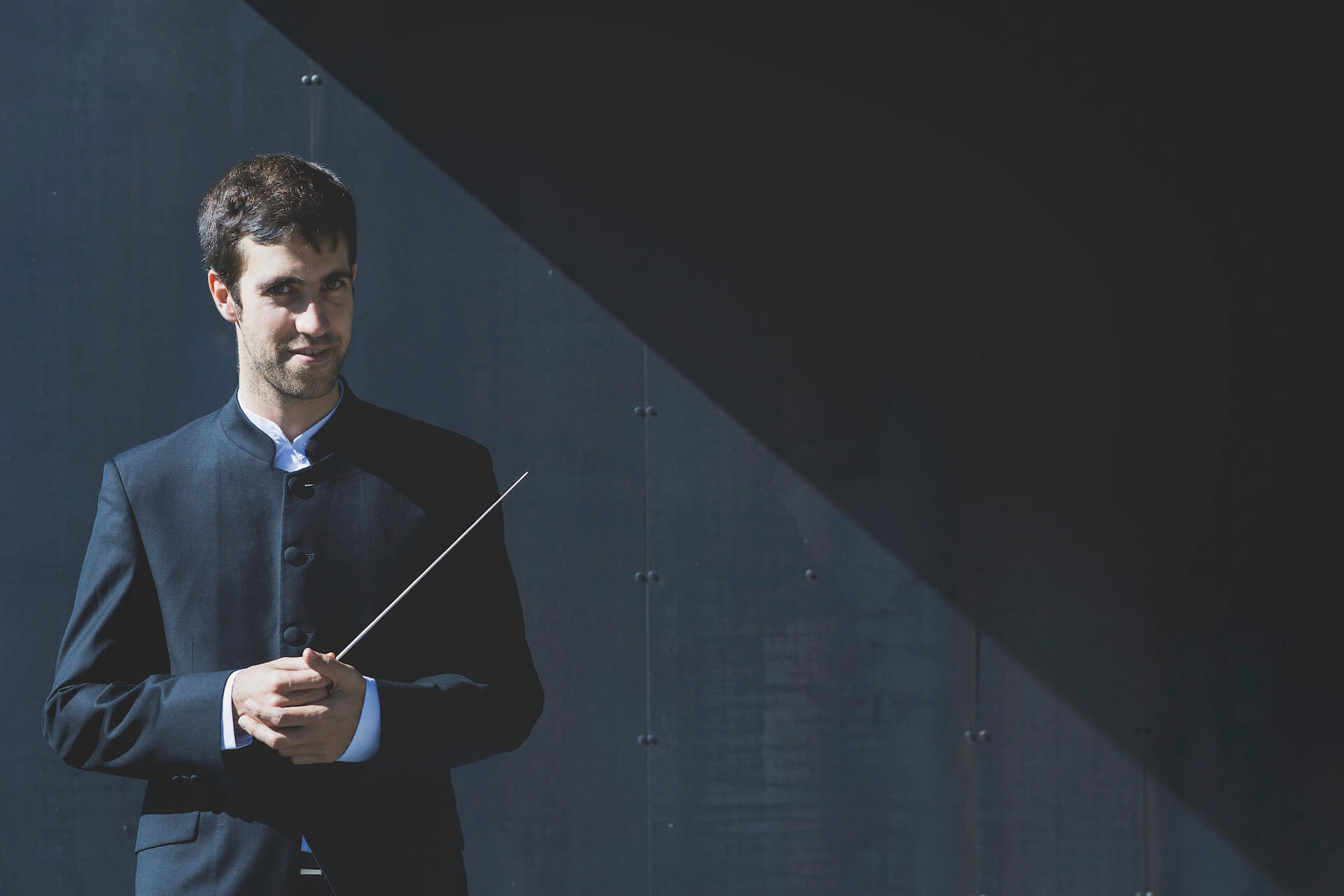 Pedro Bartolomé is the music and artistic conductor of the Burgos Youth Symphony Orchestra.

In the operatic section, he has musically attended maestros such as Francesco I. Ciampa, Riccardo Frizza, Daniel Oren, Nicola Luisotti or Christophe Rousset, in some productions such as Tosca by G. Puccini, Lucia di Lammermoor by G. Donizetti, Pearl Fishermen by G. Bizet or the premiere in Spain from Jerusalem, by G. Verdi. He has worked in places like Abao Bilbao, Teatro de la Maestranza, Aco de Gran Canaria or the Royal Opera of Wallonia, Liege.

In September 2021 he made his debut as assistant director od Riccardo Frizza at the Teatro Real in Madrid in the production of La Cenerentola by Rossini.

Born in Burgos in 1987, in his training as a conductor have been key figures Miguel Romea and Andrés Salado, great direction educators who have focused their vision on the direction of sound for the orchestra. He has also followed the trail of conductors such as Aldo Ceccato, Hans Leenders, Timothy Redmon, Pablo González and Rossen Milanov in the Orquesta Sinfónica del Principado de Asturias (OSPA).

He is a graduate in clarinet and orchestral conducting from the Conservatorio Superior de Música Eduardo Martínez Torner (Asturias) and a graduate in Music Education from Universidad de Burgos.

Among his engagements with JOSBU, he currently conducts many concerts with collaborations of instrumentalists soloists and choirs, and also noteworthy are the number of premieres of works commissioned by this Burgos ensemble.